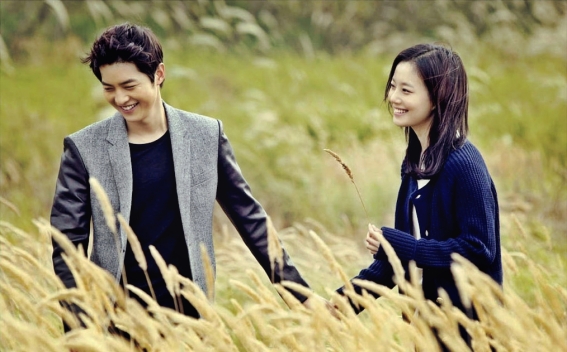 Story – In order to stop his childhood lover Jee Hee (Park Si Yeon) from going to prison, Kang Ma Roo (Song Joong Ki) decides to take the blame instead and turns himself to police. Meanwhile, Jee Hee betrays him and marries the owner of a big company. After 5 years Ma Roo gets out of jail and becomes a bartender, having no other options left to survive and take care of his family. One day he meets a young woman named Seo Eun Gi (Moon Chae Won) and saves her life, coincidentally it turns out that Jae Hee is her step mother. The whole situation gets even more complicated when Kang Ma Roo decides to take revenge and Seo Eun Gi falls in love with him. 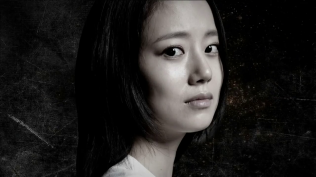 My thoughts/Review – The ‘Song Joong Ki’ fever being still on, I was desperately looking for some of his previous works and found this drama ‘The innocent man’, a name I never heard before. (Sorry :P) As much as I love Rom-com series, Melodrama is one of my favorite genres as well. So I started watching the series solely on a whim and ended up finding a hidden gem. 🙂

I’ll be honest here, the first few episodes were not convincing enough to go through the rest of the series. I almost thought I’d drop it while watching the 2nd episode, but suggestions from friends around kept me going, and now that I’ve finished the whole series, I feel greatly obliged to them for the genuine suggestions.

The plot wouldn’t fall under the category of ‘extra-ordinary’, but one thing was undeniable that it was downright engaging and felt very genuine. Compared to dramas like ‘The Heirs’ or ‘Healer’, it followed a story that was more realistic. Being deeply hurt can change a person inside and out, and this truth was portrayed in an honest way in the series. At times it was slow paced, but the twist and turns kept me engaged till the end. As a melodrama, I must say I’m quite impressed how interesting the story was.

The story started with a love triangle but as the series went on a different kind of Romance took place between the main leads. The love Maa roo and Eun Gi shared was not the love-dove one; however, it had the depth and emotion like no other. Even though at times it felt one-sided and I was getting really confused as to whom Maa roo really loved, but in the end, all my confusion cleared up. 😀 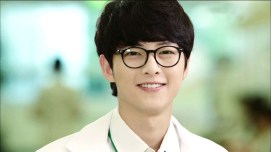 One of the reasons the drama was so fun to watch was the awesome acting delivered by the casts. ‘Song Joong Ki‘ literally surpassed himself in this show. In my opinion, Kang Ma Roo was a very complicated character to portray on screen. Prior the unfortunate incident in his life, Ma Roo was just an innocent young man, but the harsh reality of life turned him into a cold ruthless one. He was not the typical hero of a K-drama, rather a human being who was hurt and lost in the pursuit of happiness. Joong Ki really did a great job bringing out the internal conflict of Ma Roo’s character. You’d be surprised how often his smiling face would turn into a serious one in the blink of an eye.

My most favorite thing of the drama was Moon Chae Won. Trust me when I say this, I didn’t like the character Seo Eun Gi one bit! She was arrogant and downright annoying. However, her personality started growing on me almost all of a sudden, probably around the time she fell in love with Ma Roo. The hidden adorable side of her came out and I loved how her character was portrayed. She was tough, daring and additionally had the “I can do almost anything for you” attitude, something which I honestly LOVED about her. Thanx to awesome actress Moon Chae Won for giving life to this character and winning my heart over. ❤

Talking about the character Jee Hee, I know there are tons of people out there who truly hates her, but I don’t know why I had mixed feelings towards her. She was horrible at times, but then again there was a soft side to her as well. She had led a tough life and she wanted to get out of that by any means, for which she did some horrible things she shouldn’t have. Honestly speaking, she was as real as a fictional character can ever be. Not the typical k-drama villain, but an unfortunate human being who has lost the right path of life, that’s how I’d describe her character. Hat’s off to the writer for bringing up a character so real into the story.

Amidst the perfect story-telling and satisfactory character development, one thing that got a little bit disappointing was the confusing ending. I was satisfied with how the story turned out, but what I wanted was to see more of Ma-roo and Eun Gi as a loving couple. 🙂

An amazing melodrama about revenge and love that will keep you off your seat and warm your heart at the same time. Even though the first few episodes were a little bit slow, as a melodrama the story was quite engaging and the perfect acting only adds up to the awesomeness.