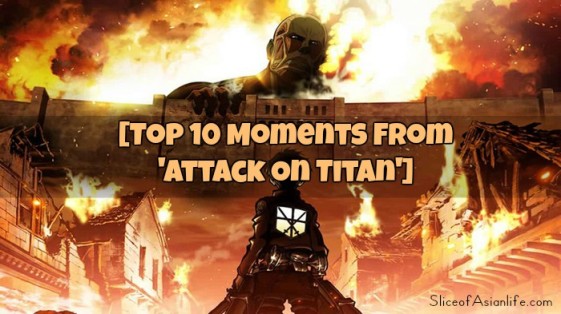 Attack on Titan was full of ‘Wooooaaaaah’ 😮 moments!!  Starting from episode 1, this Anime kept giving us shocks one after another. Here are the top 10 shocking moments from ‘Attack On Titan’ Anime series – SPOILERS AHEAD

It took place in the very first episode and it completely took me by
surprise!! Eren watches in horror as a Titan eats his mother alive and I was silently screaming while watching the whole scene! 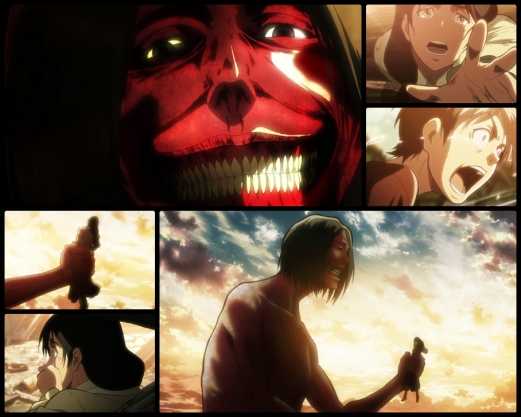 That scene just occurred out of the blue!! One moment everything was just perfect, and the next second the colossal Titan re-appeared and everyone went nuts!!

3. Dramatic Entrance of the Titan Shifter –

That was probably one of the most shocking scenes of SNK!! Well, we got to know later on that the Titan was actually Eren, but when I was watching the fight of two Titans, I had no clue what was going on and I had my fingers crossed the whole time. 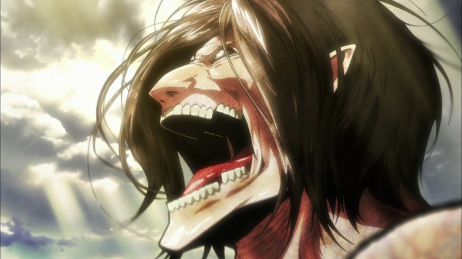 4. Eren Emerging from the Titan’s body –

Some people might have guessed that already, and I myself had this feeling that there might be a connection between the Titan and Eren. Nonetheless, watching Eren emerging from the Titan’s body was no less of a shock!! 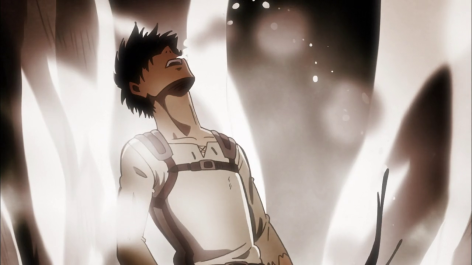 Well, that was a surprise. By helping the humans in his Titan form, Eren made everyone believe that he was on their side even when he turns into a Titan. But Eren suddenly ended up attacking Mikasa out of all people!! I was like “No no no, this can’t be happening!” :O 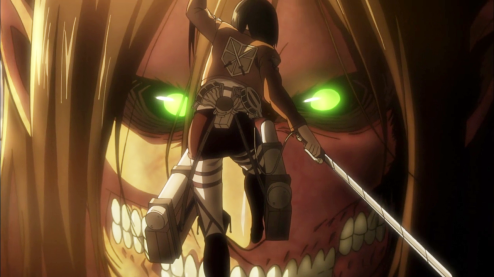 6. That Moment between Armin & Female Titan –

After the appearance of Female Titan, everything that happened was more or less shocking anyway! Well, when the Female Titan captured Armin and removed his hood, I was pretty much sure that was the end for him.

But to my surprise, she just stared at his face for a moment and left him without doing any harm. I get chills whenever I re-watch this scene, to be honest.

This one is my personal fav. Among all the epic moments, this appears to be an underrated one cuz I hardly see anyone talking about this scene. But I just LOVED it. I totally thought Jean was going to die and Reiner would share the same fate as well. But thankfully nothing went wrong and I sighed in relief. 🙂 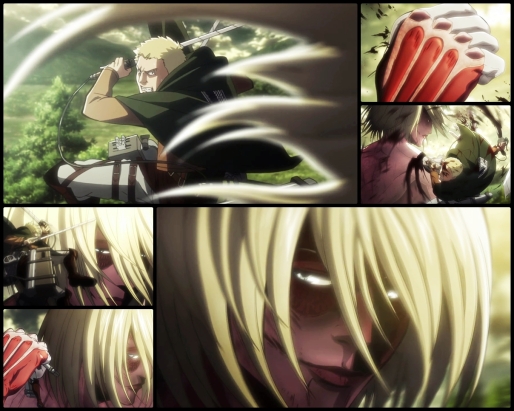 The deaths of Levi’s Squad was by far the most heartbreaking incident of AOT. Everything that was happening was so unpredictable that I was having a hard time trying to understand what was going on. The deaths were sudden and quick, but full of impact. Petra’s death, in particular, was quite hard on me. My heart was silently crying the whole time.

9. Annie is The Female Titan –

Well, to be honest, I had this feeling that Annie was related to Female Titan coz they kinda looked similar. However, the was that secret came out was like ‘WOW’!! 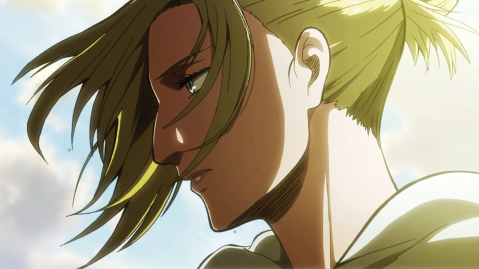 The last fight. I must say it was simply breathtaking. Two Titans fighting each forgetting everything else, destroying everything around, what else do you expect from an episode like this!! 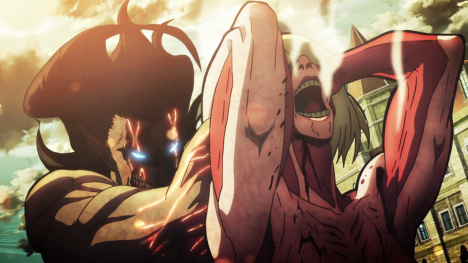 So that’s all for now. Stay tuned for the next article. 😀