|Kdrama Quotes – Kill Me Heal Me|

Some of my favorite quotes from the K-drama ‘Kill Me Heal Me’.
P.S – Feel free to use these Quotes/Images anywhere. Just don’t forget to credit us back 🙂 Enjoy ~

# “If you live while separating yourself into different people, is it fun?” – Oh Ri Jin
“Rather than saying it’s fun, it’s a way to save yourself from this cruel world. It could be the heart’s strategy. It is something like that.” – Oh Ri On (Episode 2)

# “The more a person has dark ambitions, he hides his true self.” (Episode 2) 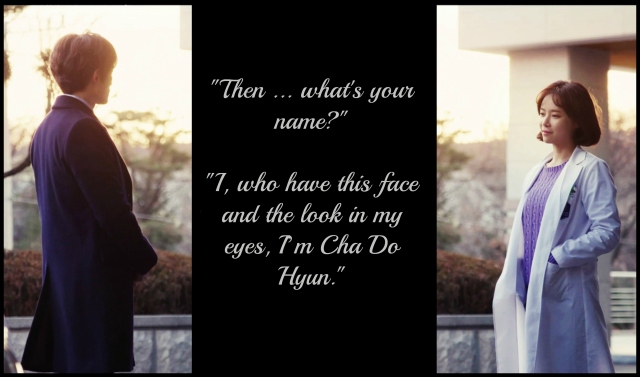 # “Even if what you choose may be wrong … even if you feel like running away when you feel tired, for you to escape more cooler and more elegantly, this Oppa will stand behind you with sneakers with wings.” – Oh Ri On (Episode 6)

# “Oh Ri Jin, while playing ball, you’ve made the small mistake of throwing your ball at a monster living in his castle. I’ll give you back your ball, so please leave my castle. Leave. Don’t come back. If you’ve felt any compassion or curiosity towards me, then please get rid of it all. I’m not a wild beast that will turn into a charming prince after the magic wears off. I’m just a monster.” – Cha Do Hyun (Episode 7)

# Even though I have some shortcomings and faults, I have a family that will help me and embrace me. But this person … has no one. I have a lot of good memories that I can think of whenever I’m having a hard time, but this person doesn’t have anything like that. He lives each and every moment losing his memories and his time. I have a lot of people who love me, but even if this person has people that he loves, he can’t hold onto them. That’s why … I want to help him. I want to help him get out from his castle. And I want to let him know that if you want to be friends, you hold your hand out. And that it’s okay to grab onto someone else’s hand if they hold it out to you. – Oh Ri Jin (Episode 7) 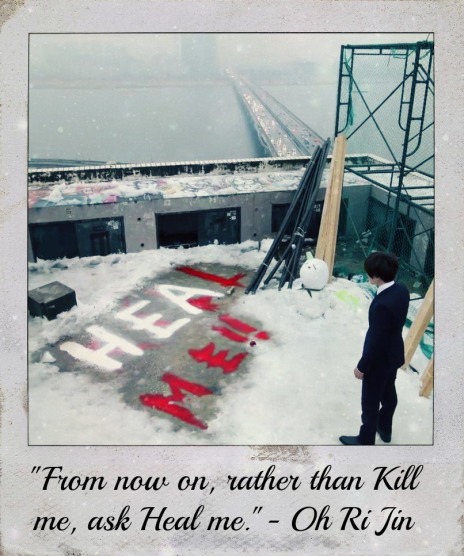 # “I promise you, Shin Se Gi. If you don’t stop me from doing these things after I mustered courage for the first time, if you don’t steal just the time I have with this person, I promise you tens, hundreds, and thousands of times. I promise that I’ll give my entire body and all of my time and memories to you in my next life. I promise that I’ll become your false image in my next life. So please, just don’t appear in front of this person. Please just don’t steal this love from me.” – Cha Do Hyun (Episode 9)

# “Making a coincidence was my first mistake. Making that coincidence into fate is the second mistake. Constantly encouraging her and making that fate into destiny is my third mistake. Letting you leave me by choice was my last mistake.” – Oh Ri On (Episode 9)

# “A person who has strong support is always full of confidence.” (Episode 12)

# “Why my heart had to be broken into pieces, what those pieces signify, I’m thinking of finding out. While finding my lost memories and putting together my heart that became pieces. I will see what kind of picture is completed. I’m not a substitute for father. I’m only Cha Do Hyun.” – Cha Do Hyun (Episode 12)

# “No matter how scary the nightmare is, it will always end sometimes.” – Cha Do Hyun (Episode 13)

# “If it folds in one go, then it’s thank you. If you open it up again then it’s lingering attachment. If you open it twice then it’s sadness. If you open it three times… it’s pain. After unfolding it over and over again and it becomes ragged, that’s how the heart gets ripped. And when ripped, just deal with it until you become numb. That’s how it is.” – Oh Ri On (Episode 13)

# “For me, who was alone and didn’t have one person to rely on, it was dark and cold. For me, who was abandoned in the basement I fear, Mr. Cha, who came to look for me every night while putting his life on the line, you were my savior and hope. And so I was able to go through the pain. Thanks to you. That’s how I was able to endure it. As I waited for you. The reason why my mind wasn’t broken into pieces was probably because of you, Cha Do Hyun.” – Oh Ri Jin (Episode 18)

# “My imagination decides the size of my fear. Fear is something created by oneself, and is the fruit of one’s imagination! So now, confront your past. Don’t waste your imagination on your past that has already been concluded. Imagination should be left over for the future. For the sake of the future what’s going to happen ahead!” – Mr X (Episode 20) 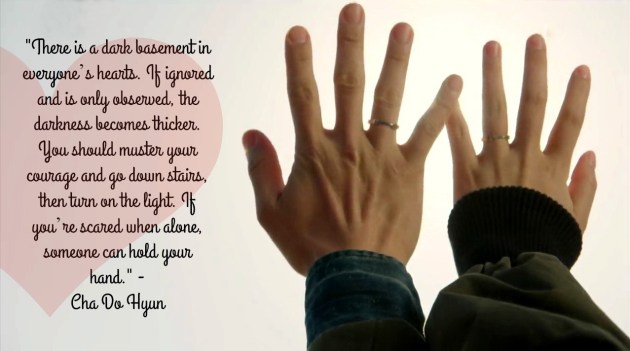 # “There is a dark basement in everyone’s hearts. If ignored and is only observed, the darkness becomes thicker. You should muster your courage and go down stairs, then turn on the light. If you’re scared when alone, someone can hold your hand.” – Cha Do Hyun (Episode 20)

Check out my review – Kill Me Heal Me