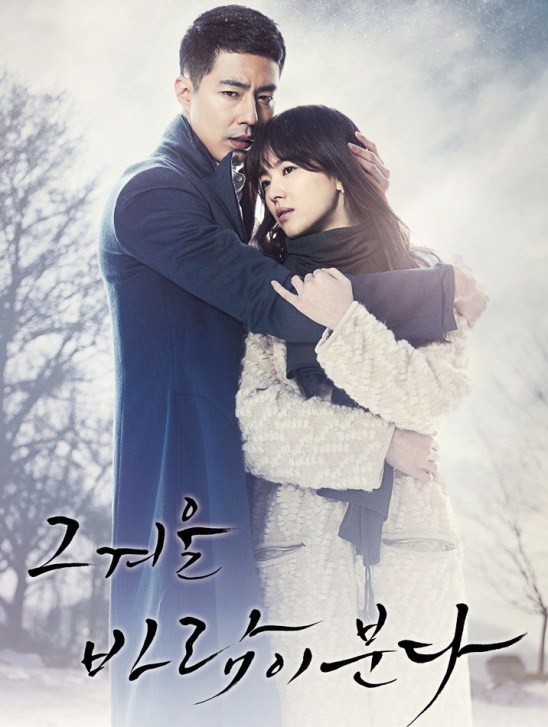 Summary Of Story – Oh Soo (Zo In-Sung), known as the best gambler in the town, lives a meaningless life. His parents dumped him at an early age and he lost his first lover. Meanwhile, Oh Young (Song Hye-Kyo) is the heir to a large corporation, but she lives a lonely existence. She lost her eyesight at an early age and her father recently passed away. Their fate soon becomes intertwined. *Source – Asianwiki

I started watching this show because of Eun Ji. Yes you heard that right! 😛 I had just finished watching ‘Reply 1997’ and I was all over Eun Ji at that moment. So I just randomly played the first episode and watched a few scenes and before I knew it I got addicted to it. :3 Gorgeous leads, awesome cinematography, the Camera work, breathtaking natural backgrounds, indoor decoration everything was soo soothing for the eyes, I was forced to download the HD version of the show.

Story – The plot was good, it was slow paced but I like melodramas so I didn’t have any complaint regarding this matter. The first episode was full of events. It was like you were faced with a puzzle and you had to keep watching if you wanted to know what’s gonna happen in the end. How is Oh Soo gonna fall in love with Young? How will Young react when she finds out about all his lies? Lots of questions were lingering on my minds as I was getting more into the drama.

How the human heart can change if it’s touched by pure love, I think that was main theme of the drama and it succeeded in executing it beautifully. The explosive chemistry between the leads was just breath taking. The love & attraction between two lost souls and the never ending hesitation and conflict, isn’t that deep?

No matter what they did, whether it was eating candy floss together or just holding hands, I loved every bit of it. If not anything else you can probably just watch this show for the main leads only, they were just gorgeous to look at and their intimate & pure love will just melt your heart.

Oh Soo’s love for Young was pure & unconditional. The way he fell in love with her as day passed by, and how he sacrificed and put everything aside for her sake only, hiding all his pain and troubles … that was the most wonderful thing ever. He was the soul of the Drama. I LOVED HIM. ❤

The story seemed somewhat dragged on in the middle. It couldn’t live up to the promising beginning. There were scope for more drama, emotion & action but it felt like a loop as the story was not progressing that much.

Acting – All thanx to the outstanding performance by the actors, specially Jo In Sung & Song Hye Kyo, the story didn’t seem much boring to me. Jo In Sung nailed the character he played in this drama. While watching it, I deeply fell in love with him. 😛 He is soo charismatic both in terms of looks & acting.

Song Hye Kyo is the prettiest Korean actor out there, and equally talented. She portrayed the character of Oh Young so well that not for a moment it felt like it was all an acting and she was not blind in real life. Just look at them … don’t they gorgeous together?? :3

The drama also had a strong supporting cast. Kim Bum & Eun Ji nailed it as usual. 😛 They were freaking adorable. Awww!! And not to mention, the super awesome OST. 😀

All the good things aside, I must admit that the ending was abrupt and ambiguous. There were lots of unanswered questions here and there. Which was completely unnecessary as the story seems quite dragged in the middle of the story. >.<

That last scene was beautiful … the natural beauty, cinematography & the reunion of two long lost lovers; just made my day. ❤

That’s all for now. Check out the Gallery dedicated to some of my most favorite moments from the drama. 🙂

One thought on “That Winter The Wind Blows – Review”